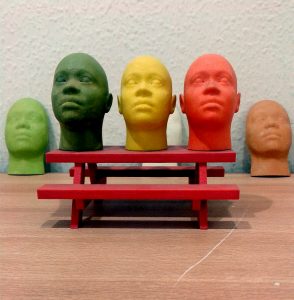 Google the word “Printing” and the first thing that is going to pop-up in the news feed is 3D printing. Here is what most people think they know about 3D printing: A. It’s was invented by NASA to print tools B. It is less than 5 years old C. Somebody in Vegas recently printed food at a tech convention.

The evolution is far greater than the conversations not happening around the water cooler and we wanted to shed a little light on the timeframe and events that actually led to printing food….yes that actually did happen in Vegas.

1984– Charles Hull (Founder of 3D Systems) invents Stereolithography, a technique or process for creating three-dimensional objects, in which a computer-controlled moving laser beam is used to build up the required structure, layer by layer, from a liquid polymer that hardens on contact with laser light.

1999– The first lab grown organ for humans is created by using a synthetic scaffold covered in the patients own cells. It was a urinary bladder.

2002– A working kidney was printed for an animal

2008– RepRap launches “Darwin” as the first self-replicating printer. It prints it’s own parts for mass reproduction.

2008– The first prostectic limb is printed

2011– “SugarLab” is a dessert company founded by husband and wife molecular biologists that actually print a cupcake.

2014– NASA prints a ratchet in space for use on a space station. (WAY LATER THAN INVENTION OF 3D)

2014– 3D Systems (where it all began) creates the first food printer and prints custom Oreos for convention goers in Las Vegas.

While this list is very high level, and many things have transpired in the world of 3D printing in between these milestones, this give us two indications of where we are today. 1. Further along than most thought and 2. Not as far as we may have hoped.

We are Pacific Color Graphics are playing in the market and we are watching things very closely. Follow us along the path and learn with us!